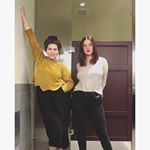 The Brambles will open for Consummate Soul Man Chris Pierce who has released seven independent albums worldwide. Recently, his co/write for #1 US Primetime TV show This Is Us, "We Can Always Come Back To This” was nominated for "Best Song/Recording Created for Television" by The Guild of Music Supervisors. In addition to headlining road tours, he has either performed on stage with or opened worldwide tours for Seal, B.B. King, Al Green, Rodrigo y Gabriela, Jill Scott, Blind Boys of Alabama, Cold War Kids, Toots and the Maytals, Aaron Neville, Jamie Cullum and many others. His voice & music have been heard in films and T.V shows including This is Us, Rosewood, Soul Men, Crash, True Blood, Brothers & Sisters, Single Ladies, Eli Stone, In Plain Sight, Dawson's Creek, Army Wives, Crash as well as Lexus & Banana Republic ad campaigns. A few VIP reserved seats up front by the stage otherwise first come first serve seating on side and back free with beverage purchase.